To be or not to be… psychological jokes

A guy goes to a psychologist because of stress:
– Doctor, give me some advice!
Doctor: I have only one concern, and I assure you that I do not make psychological jokes with you. If you were to go home at night, your wife would greet you with hugs and kisses, would serve you a tasty dinner, and fulfill all your intimate fantasies. What would you believe in the first phase?
– That I was wrong, of course …

A young man makes an appointment at a psychological office.
-What is the problem?
– Looks like I can’t make friends. Can you help me, more baldy? 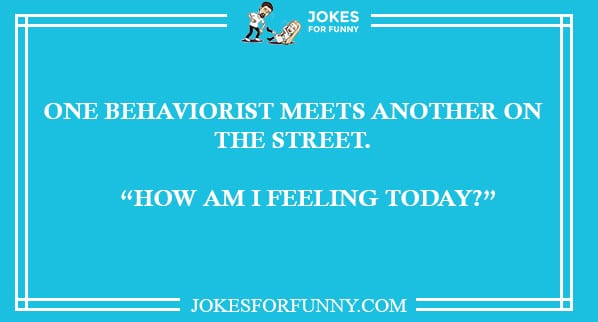 At a job interview:
– I see that you were hired as a receptionist in a psychologist’s office. Why didn’t you stay there?
– I had no choice because I was the main hero in psychological jokes. Whatever I did, I got a diagnosis.
– How so?
– If I was late, he would tell me that I was hostile, if I got there early, that I was anxious, and if I arrived just in time, he would tell me I was obsessive.

I present you a new character: Helen Keller. Read the best jokes about her.

– The psychologist recommended an excellent method to fall asleep when I have insomnia.
– Yes?! What should you do?
– Number up to 3 and then fall asleep instantly.
– Incredible! And does it always work?
– Not always. Yesterday I had to count until 4 in the morning.

-How do you know who the psychologist is in a crowded elevator?
– When a woman enters the elevator, he is the only one who observes the men.

The psychiatric ward’s door opens, and a man enters four paws, with a cable in his mouth.

The psychiatrist: – Wow! But who came to us? A psychologist?!

The man is silent and continues to crawl in four limbs to the corner of the cabinet.

The doctor follows him: – Wow! Is it a fluffy puppy?!

The man still ignores him and moves quietly near the wall to the other corner.

The doctor insists: – Ah, how could I not have realized? You’re a pony, aren’t you?

The man tactfully pulls the cable out of his mouth and says:

With all due respect, doctor, do you let me pull your cable for the net or come after the program’s hours? 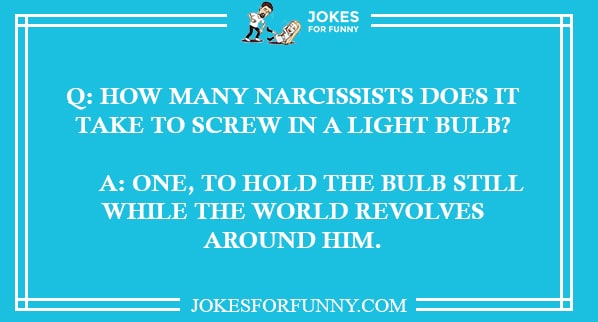 Psychiatrist: – Tell me everything from the beginning in chronological order!
Patient: – Well, in the beginning, I created Heaven and Earth. And immediately after that, problems began to appear!

Think twice with this psychological jokes

An ins enter the dentist’s office:
– Doctor, I think I’m a moth !!!
Dentist: I think you missed the door. Actually, you wanted to go next to the psychiatrist’s office.
Patient: Yes, I know, but here was the light.