Chicken jokes, only good to say

The chicken crosses the road because his kids are on the other side.

Bula decides it’s time to become a businessman, so after reading many chicken jokes, it seems like a chicken farm would be the best idea. Said and done. First, buy 100 chickens, after the second month another 100, and keep it for a whole year. After a year, at the New Year’s Eve party, he meets Johnny, who used to say the best chicken jokes before:

-Well, how’s the business going?
– Bad brother, sorry about everything!
-Why?
– I don’t have any chickens anymore!
-Good god, why?
-If I know, I think I’m doing something wrong. Either I plant them too deeply or don’t water them enough, but one doesn’t raise the hen. 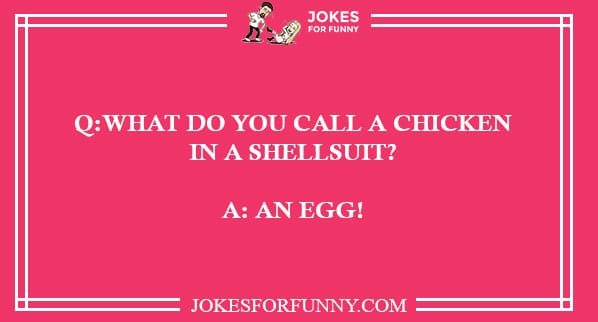 A man buys a parrot a little … wet. The man, desperate, do not know what else to do, and in the end, takes an extreme measure: he puts it overnight in the freezer. The next day he wakes up and opens the freezer, to see that the parrot has not died somehow. When he’s there, he finds it all sweaty. He asks him:

– But well, how can you be sweaty after a night at – 20 degrees?
-You make chicken jokes with me? You better handle the frozen chickens and then talk. 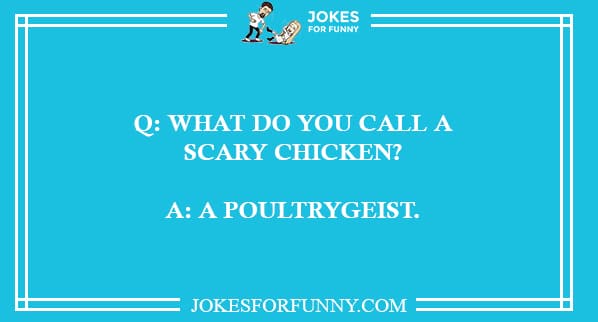 He crosses the road because he finds a good spot for the egg.

What does the child say when she is a coconut escape?
-Didn’t they run too fast?

What starts with the letter V and sits on the fence?
-Cocosul. His name is Vasile.

Morning in the yard …
– Cucuriguuu!
Surprised, the rooster immediately laid an egg.

The worm threatens its friend:
– If you do not reconcile with me, I throw myself in front of the chickens!

The ball travels by car on a country road. At one point, he overcomes a hen. Press the accelerator, pack to the maximum, but for nothing, it does not reach it. After a few kilometers, he reaches a farm and asks the peasant:

– What kind of hens are these? This is the first time I see a hen run so fast.
– Yes, it’s a new species. We grow it for meat.
– Do they even have tasty meat?
– I don’t know. I haven’t been able to catch any until now.

Do you love animals? Laugh with the best cat puns.

Men, don’t forget: Who goes to bed with the chickens, goes to bed the second time, and the third…

Where is the butt?

The chicken butt it’s fried in the pan.

A kid sees a chicken who cross the road? 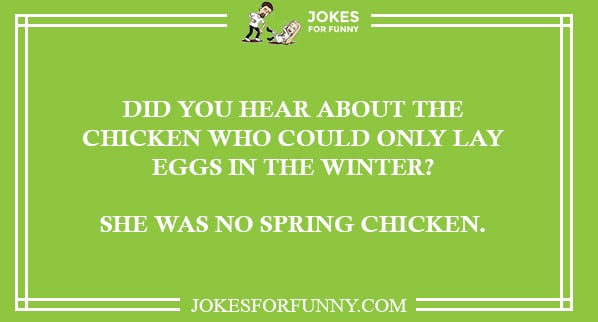 Chicken cross the road because there is his home.

– Why is the rooster singing all day?
– He wants to boast: he has a lot of children and no mother-in-law!

– Why do roosters sing so early in the morning?
-It’s the only time they can hear themselves. Later they have no way that the chickens wake up…

Animal benches are a favorite of many. You find banks with fish, rabbits, cows, cats, dogs, but not too many chicken jokes. However, those chicken jokes, rare and fair, are excellent and delight any discussion between friends. Chicken puns for kids to read!

We also selected some chicken jokes, only good to tell the acquaintances, who will ask you to tell others. Until then, read the best chicken jokes here, which will make you laugh out loud.