Who is the biggest animal on the earth?

In a jungle why have this situation: how sounds this animals?

An lion: Shut up!

An animal tell a pun to another animal:

Do you know we are animals?

Because we are not humans?

No, because we have mammals

Animal puns are about how they communicate through them.

Why are cats good at video games?

Because they have nine lives.

What becomes a cat after 3 days?

A cat for four days

When is not good to see a black cat?

When you are a mouse.

Why is a dog spinning his tail?

Why do dogs do not know how to dance?

Because they have two left legs.

What does a flea tell another flea?

Are we walking or taking a dog?

A dog praises a cat, he knows a word in another language.

How do you know if an elephant was in the refrigerator?

You forget if there are traces of an elephant in butter.

How do you know he’s an elephant under the bed?

Touch the ceiling with your nose.

An animal pun is to listen your dog when he want to go outside.

Why do elephants wear sandals?

Not to sink into the sand.

Why does the ostrich put its head in the ground?

To look for the elephants who forgot to put on their sandals.

Who is stronger, an elephant or a snail?

A snail, because it carries the entire house on its back, the elephant just takes the trumpet.

Why does the elephant have a cute?

Have you ever tried to get it?

Why did his elephant paint his red nails?

To hide in the strawberries.

Why is the elephant standing in the candy stand?

Because he did not fit into the chocolate.

On what occasion does an elephant stand on your fence.

On the occasion that you have to put a new fence.

What are the more Indian elephants? 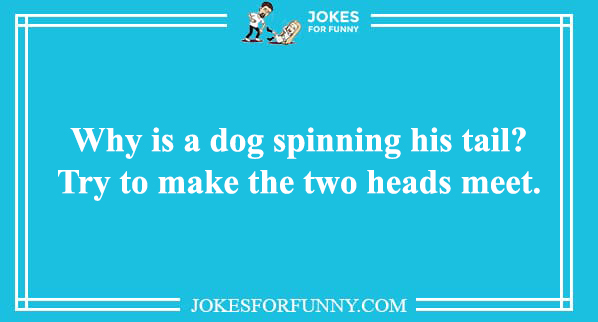 Why does not the elephants eat the malligan?

Because no one gives them.

Why the fish cross to river?

Because there was an ocean

How a cow can speak?

And what she say?

I am hungry or I want to sleep

Animal puns to say at a party

Why did the street cross a chewing gum?

Because she was stuck to a chicken’s leg.

Why do they have bells on their neck?

Because the horns do not work.

What is a North Pole looking for a chicken? 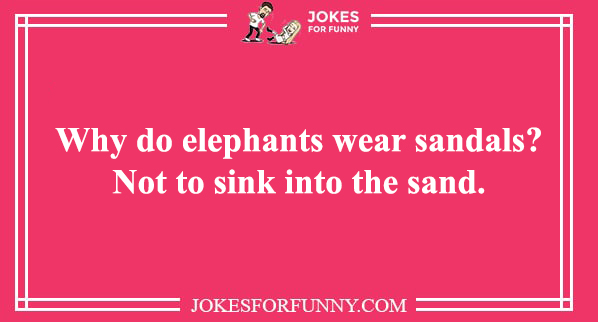 Why did the farmer get a brown cow?

Because he wanted to get milk with chocolate. What a funny pun!

Two cows were on a pasture. One of them says:

The second one answers:

Grandma, is it true that whoever carries carrots has a good view?

Sure. Have you seen a rabbit with glasses?

How does a duck look in the attic?

You take a duck, you climb it in the attic and you look there.

What it’s the best gift to give on Valentine’s day?

Which birds are the most advanced in the elderly?

A chicken enter into a bar…

Give me a bottle of beer 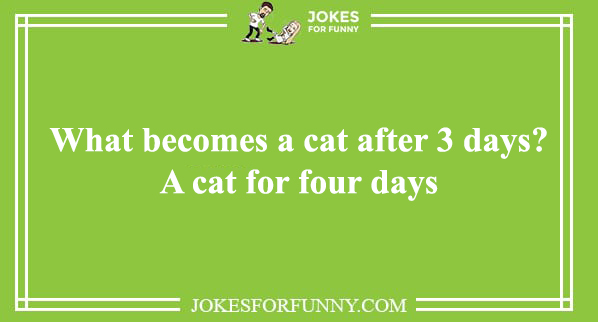 What’s the tip of the snail?

Run away from home.

What is white with black and lives in the Sahara?