One morning, in a village of Viking warriors, on the morning call, their commander, after greeting his subjects, says to them:

Guys, as you know, this week, we will start crossing the seas to find new territories. Before that, I have good news and bad news for you. I’ll start with the bad one.

Today, every good Viking will have to fill 100 sacks of sand. Now the good news: there are enough bags for each one, so do not hurry to grab one…

– We don’t have a day for everything we have to do, a Viking complains, tired of so many expeditions and wars that they seem to never end.
– Make the most of all 24 hours, the commander roars, and if you do not arrive, then I give you permission to work longer at night…

-Viking Olaf, if through our expeditions we reach a land where all the wells are infected, what do we do?
– A Viking never despises the commander: we will invent beer and quench our thirst! 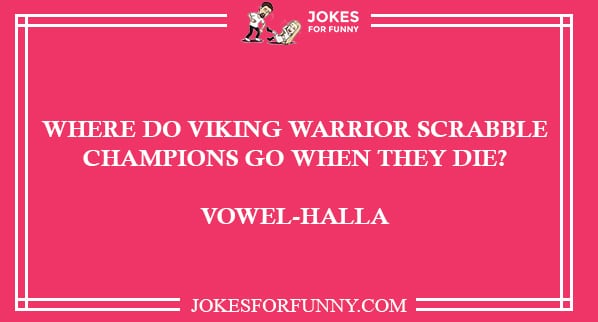 After having been involved in a skirmish battle, the Viking manages to emerge victors. To mark this moment festively, their commander gives them permission to spend the next day having fun as they know best. Said and done: jokes, old-fashioned songs, finally, all the dishes.

The next day he ordered that all those who got drunk the day before to leave the band. No one dares to take a step forward.

The commander again ordered to take a step in front of those who got drunk. The band comes out shy, a bitter Viking, only skin and bone.
– Good job! says the commander. We two will go, the rest to the frames, the cattle, we are going home!

Q: How does a Viking pull his sword out of the well?
A: Summer.

Maybe there are just a few Viking jokes, but they will definitely make you laugh. Later, you will become a fan of Vikings jokes. Only a little, and you will convince yourself.

The Viking commander to the subordinate who had something to say:
– Sven! When you talk to me, shut up!

Have more fun with this April fool’s jokes.

The leader asks the Viking soldiers:
– Who wants to come with me today in the battle car?
He sends two and the commander takes them to the car.
Then to the others:
– You rest, come on foot! 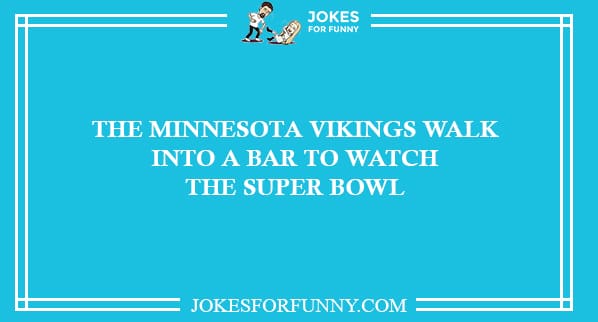 The commander sees a Viking in the post, with a fur over his head.
-In all my life, I have never seen a Viking who would be afraid of rain.
– I’m not afraid either. I’m furry.

There is no domain, people, race, occupation, or anything else, about which there are no jokes. Then why wouldn’t there be Viking jokes? Even though there are not many, there are enough jokes with the Viking to please everyone.

In fact, true connoisseurs think that these Viking jokes are something completely and utterly special, and that is why they are so rare. 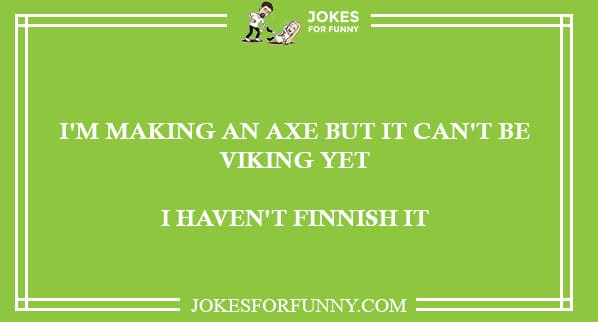 Did you know that there are Viking jokes? If not, no problem, you can read Viking jokes a little above, because then you will be among those who appreciate them.