Q: Why did the cat go to Minnesota?
A: To get a mini soda!

Q: Where do orcas hear music?
A: Orca-stars!

Q: Why did the cow cross the road?
A: To get to the udder side.

Q: What is the name of a fish without an eye?

Q: Why do fish live in saltwater?

A: Because pepper makes them sneeze!

Q: Where do mice park their boats?

A: At the hickory Dickory dock.

Q: Where did the sheep go on vacation?

Q: What do you call a thieving alligator?

Q: What do you call a cow that eats grass from your yard?

Q: How does a dog stop a video?

A: He presses the paws button.

Q: Why do cows go to New York?

A: To see the musicals!

Q: How do you name the money loan you give to a bison?

Q: What is black, white and red all over?

A: A sunburnt penguin!

Q: Why does a dog wag its tail?

A: Because there’s no one else to wag it for him.

Q: What is a cat’s favorite movie?

A: The sound of Mew-sic!

Q: How do you make a goldfish old?

Q: Why did the lamb cross the road?

A: To get to the barbershop!

Q: Where do you put barking dogs?

A: In a parking lot.

Q: What is a cheetah’s favorite food?

Q: What do you call a teddy bear without teeth?

The rabbit started laughing while waiting for his turn patiently. The bear thought that the rabbit’s behavior was strange, and he got angry. So his second wish was that all the bears in the country to be females. The brownie granted him his second wish. The rabbit laughed again and wished for a motorcycle. After putting the helmet on, he started to pull the bear after him. Send us your opinion about what was the feed-bak. Also, this content is good for kids, to learn more about pets.

1. Two pheasants came out of a clothing store. Suddenly, one of them noticed the other putting a shirt on him and asked: “What are you doing there, did you hide your feathers?”

2. A puppy and his owner play with a teddy bear. The owner threw his bear, and the puppy ran after him and brought it to the master. He went once and brought him, he went twice, three times, but in the end, the puppy stopped and said to the master “Ready, come. Now it’s your turn to run like crazy, to keep fit. ”

The bear looked at the rabbit and thought that this is the stupidest rabbit he has ever seen. The bear said that his last wish is that all the bears in the world to be females. The brownie granted his last wish. The rabbit started laughing again and said “My second wish is that this bear is gay”. 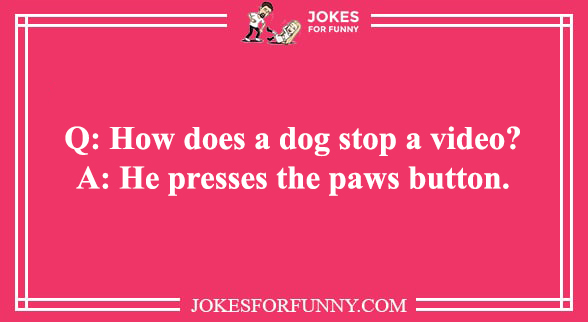 The wolf and the rabbit while walking through the forest, find a large bag full of food in the forest. They immediately start arguing over the food bag.

At one point, the wolf proposes:

– Rabbit, let’s do it as follows. The one who succeeds in one blow to get the other more teeth will take the bag with food.

Rabbit agrees immediately with the proposal.

“You give first,” says the wolf.

Concentrate the rabbit as well as he can and give the wolf a punch with all his strength so that it falls to the ground. The wolf gets up and brushes his teeth, then counts and says:

After that, he grabbed the ear wolf on the rabbit and applied a blow so strong that he had little and broke his ears. It bites the tooth bunny and counts:

– How is only four possible?

– Well, where can be more if only four teeth I have ?! 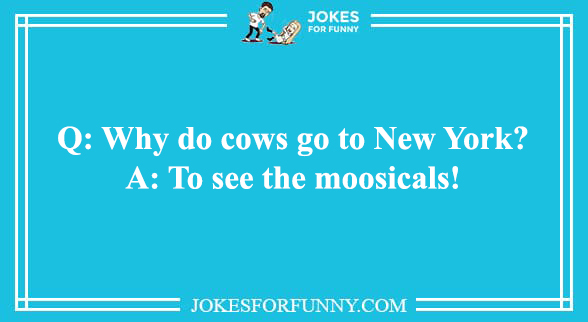 – Come in, don’t be afraid. The dog is neutered.

– But you have the impression that I am afraid that he is raping me. I’m afraid he’ll bite me!

A turtle climbs into a tree and throws it away. He does this a few times.

Meanwhile, on a branch next to it, 2 birds speak: 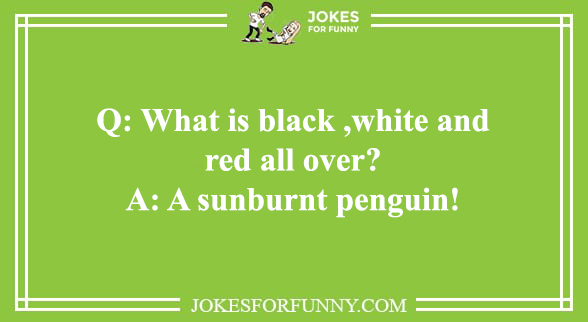 It is said that a bear was chasing a rabbit in the heart of the forest. After running and running, they encountered a big tree and they were running around it.

A brownie was living in the hollow made in that tree. After watching them running around without stopping, the brownie grew tired of watching them, and he told them that he will grant them three wishes if they leave.

Both the bear and the rabbit agreed. The first was the bear who wished that all the bears in that forest be females. The brownie granted him the wish. This is jokes with animals. After you learned you can say that jokes to all.