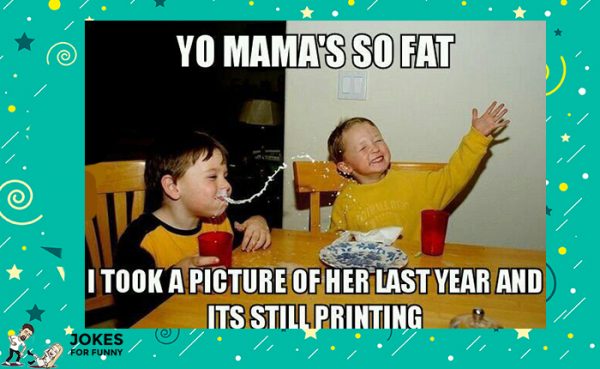 Yo Mama, so old Eve slapped her for making out with Adam.

Yo Mama, so old God signed her yearbook.

What are the best jokes with Yo Mama?

These jokes are very good and here are some examples: 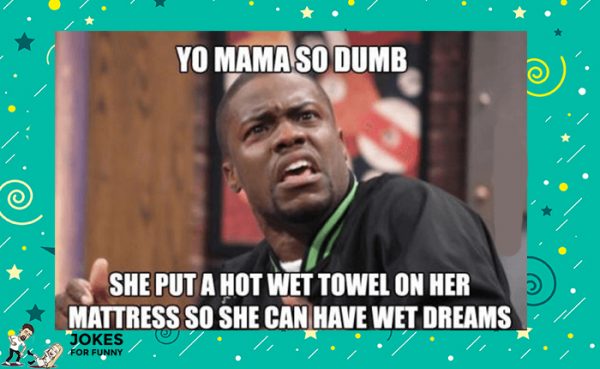 – Yo Mama’s teeth are so yellow that when she smiles, traffic slows down!

– Yo mama’s so fat, the only way to get her out of a telephone booth is to grease her thighs and throw a Twinkie in the street.

– Yo mama’s so ugly, the government moved Halloween to her birthday! 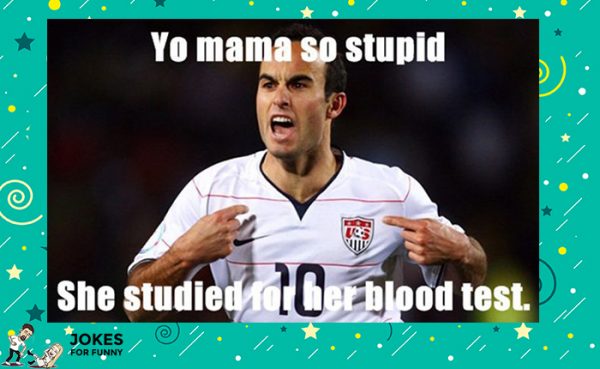 Yo Mama, so old her birth-certificate expired.

Yo mama jokes to say to your friends.

Yo Mama so old, and she watches the History Channel see if she’s on.

Yo Mama so old she was Eve.

Yo Mama, so old her butt crack sealed.

Yo Mama so old she rode the dinosaurs when she went to school.

Yo Mama so old she sat next to Moses in third grade.

Yo Mama so old even God does not know when he was born.

Yo Mama, so fat that even with 10 cranes, you cannot lift it. 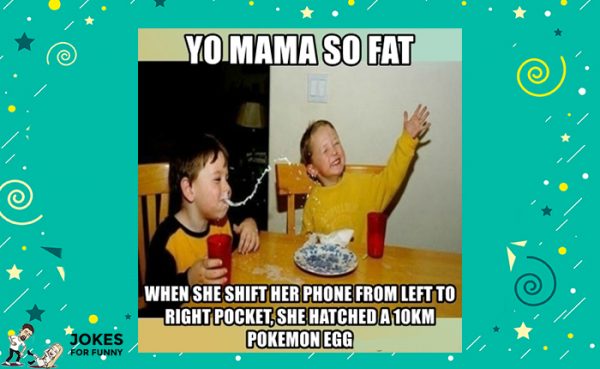 Yo Mama so old she remembers Fifty Cent when he was a penny.

Yo mama so fat that he has own Olympics for bodybuilders

Yo mama so fat her shadow weighs 45 pounds.

Yo mama so fat jokes

Yo momma so fat I can stand on her foot 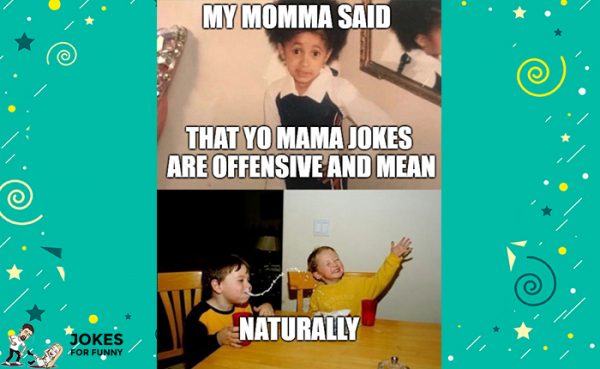 Yo mama so fat I told her to haul ass, and she had to make two trips.

Yo mama so fat I tried to hang a picture of her on my Facebook wall, and my wall fell over.

Yo mama so fat if she needs a bus when she goes shopping.

Yo mama so fat that he crush the mountains

Yo mama so fat she can’t fit in this universe.

Yo mama so fat she fell in love and broke his arm.

Yo mama so poor I swatted a firefly, and she said, “Who turned off the light?” 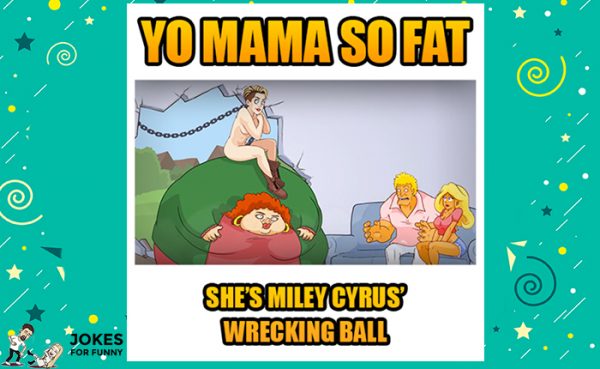 Yo mama so poor, and Nigerian scammers wire HER some money.

Yo mama so poor she can’t buy at promotion.

Yo mama so stupid she bought tickets to HBO.

Yo Mama jokes for kids, easy to understand

Yo Mama so stupid when someone stole her TV, she ran after them shouting, “You forgot the remote”.

Yo Mama so dirty she’s got more clap than an auditorium.

Yo Mama so dirty she’s like an ATM… Open Non-Stop.

Yo Mama so dirty she’s like a fan… Always blowing someone. 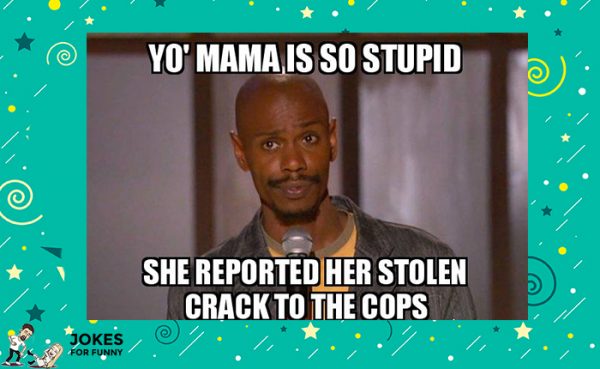 Yo Mama so dirty she’s like a streetlamp… You can find her turned on at night on any street corner. 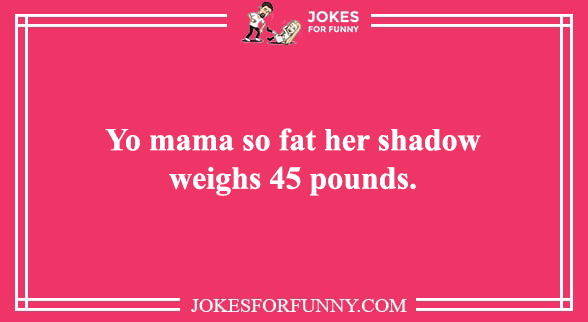 Yo Mama so dirty she has a sign by her crotch, saying, “Warning: May cause irritation, drowsiness, and a rash or breakouts”.

Yo Mama so ugly she had to trick over the phone.

Yo Mama so ugly she made a Happy Meal cry.

Yo Mama so ugly the last time I saw anything like her face, I pinned the tail on it.

Yo Mama so ugly her portraits hang themselves. 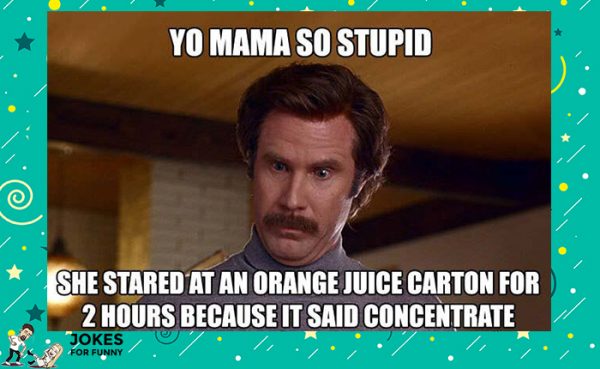 It’s quite weird when you go to the Zoo, and the animals recognize you as one of them. If you want to know how that feels, just say ‘Yo mama’. On a hot summer day, Yo mama was walking through the Zoo with her friends. Everything seemed fine. They admired the lions, the panthers, the leopards, and the giraffes.

But when they god close to the elephants, they tried to throw peanuts at her. They kept going till they got to the monkeys. Here, some monkeys gave her a pile of bananas. The weird situation didn’t end here, not even when they came across the reptiles, where a boa strangled a rat and offered its legs to Yo mama. The Zoo workers said that they’ve never seen such a thing, but they could tell for sure that Yo mama is an animal. 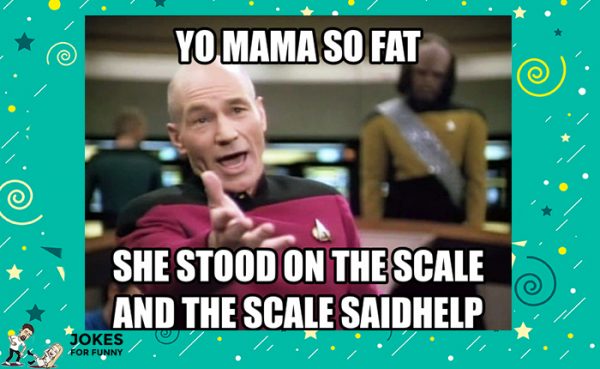 The financial situation of Yo mama is not so good. She’s poor and helpless. She has no money. The lack of money alongside her lack of beauty, intelligence, and any other quality would make you wonder how she succeeded in finding a man. Nobody really knows, but most certainly, it was a desperate one. 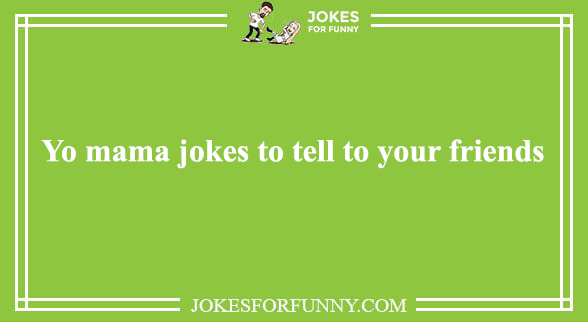 This joke is twice Yo mama because it is said not only that Yo mama is a little stupid, but that she’s also at her scale. Yo mama is so fat, ugly, and other variations. Find the time and tell these jokes to friends but without insulting them. We invite you to our website.

Yo mama jokes funny or not?

Yo mama jokes are prevalent, and their history begins years ago when people want to make jokes to their mother’s friends. These kinds of jokes have become viral because although they are bad, people with a sense of humor appreciate them.

These types of jokes are usually based on the mother’s characteristics who will receive the joke. Typically, topics such as obesity, weight, hairiness, laziness, age, race, poverty, poor hygiene or stupidity may also be used.

Clearly, no one accepts jokes about his mother. If someone would say such jokes would surely cause you to go violent, they can be fun. 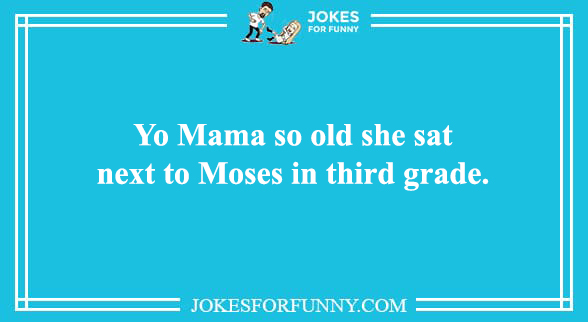 Yo mama jokes are used in groups of friends where people allow unwritten laws to make jokes about the family. In a restrained group, everyone understands that they are made to amuse and not offend a person.

These are just three examples of jokes, but for more visit our category.