Vegans jokes, to laugh and carnivores

-Why were vegan jokes invented?
-To have the poor cannibals for whom to laugh while boiling a vegetarian on low heat. 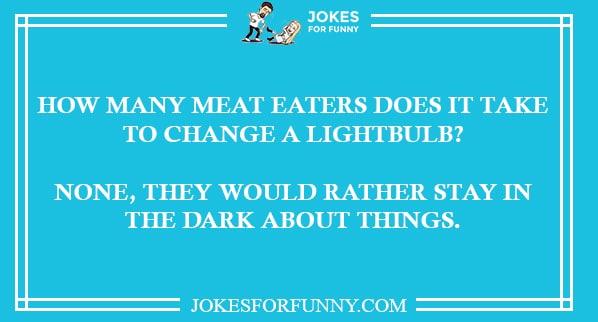 – Why don’t vegan women scream when they have some bed activity?
– Because they do not want to admit that a piece of meat gives them pleasure…

– You hear my dear, but why is our colleague a vegetarian?
– Because his mother was a poet and he is made of flowers!

At school, at inspection:
-Children, do you know what vegans are?
The children look puzzled at each other, only the Bula is upside down. Having no choice, the teacher calls him:
– Vegetarians are those people who do not eat animals, but leave them without food, says Bula, satisfied.

Q: How many vegans do you need to eat a whole cow?
A: One, provided no one looks.

I was with my girlfriend last night at a vegan restaurant and, before leaving, the waiter asks me:
– How was the meal, sir?
– Wonderful, … I answered. My compliments to the gardener. 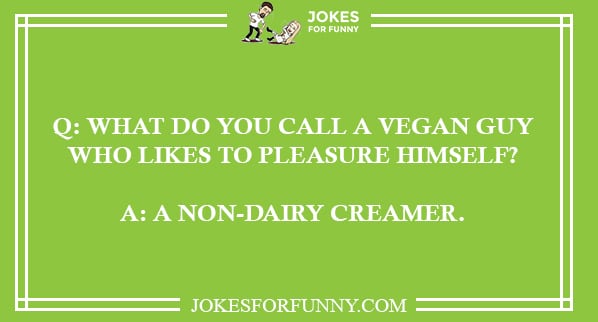 Without reading what he was writing on the door, a guy entered, full of importance, in a specific restaurant: only meat and fish were used.
Coming to the table, the waiter asks:
– What do you want to serve you?
– Something vegan, says the guy.

Read this good collection of food puns, to feed your mind.

The guest, who did not know the term, asks a colleague:
– Listen, what does vegan mean?
– Who does not eat meat, answers that one.
The waiter brings the guy a plate with a large beefsteak.

The type becomes red with anger:
– What is this, you play the game? I asked for something vegan.
The host responds:
– Sir, I assure you that this portion comes from a cake that has certainly been vegan all her life.

– I want to become a vegan and convince everyone that this is the best, declares Bula loud and clear.
– Are you ready to be ridiculed, ignored, and most often hungry by the age of 45?
– Yes. But tell me what will happen after I’m 45 years old?
– You will get used to it. 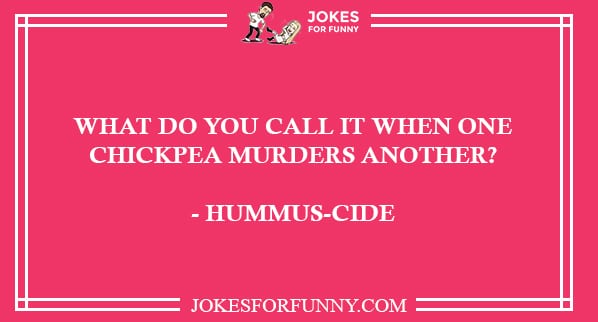 Even though many do not quite understand what this lifestyle means, it does not prevent them from laughing at vegan jokes or even inventing some very successful vegan jokes themselves.

If there are people who have become vegan in your circle of friends, maybe you should update them to tell vegan jokes to relax the atmosphere. But if you want to know a secret, most vegan jokes are created by themselves, and some are even successful.

Finally, however it may be, you can have fun at these benches, only good for laughing on the saturated.