Why did the math book die?

Because he has too many problems!

Math puns are funny because they have no logic.

The peak of mathematics

Sleeping with 3 unknowns and solving none.

Chemistry got him close, math broke up.

Women are passionate about math. They divide their age to 2, double the cost of their clothes, and always add 5 years to the best friend’s age.

Do not worry about your math difficulties. I assure you that my own is even bigger!

A parent: Be nice, do not you know where the professor of mathematics is?

A pupil: Yes, she is beating her head with an unknown in the office!

Why math it’s my favorite?

Because I have a bad professor. 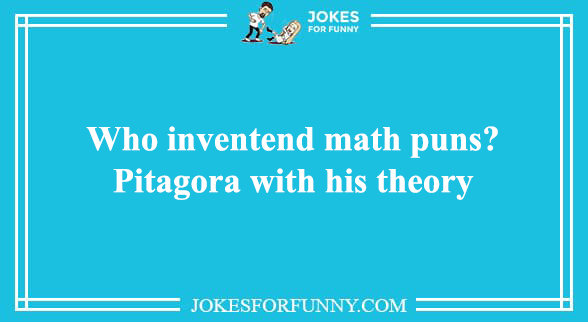 – Kids, can you tell me five wild animals living in Africa?

“Yes, four elephants and a giraffe,” a student replies.

“What boils at 100 degrees?” Asks the professor.

Professor: Ionut, you have to correct your grades to math!

If I were a math teacher, I would give you to do 69 exercises every day.

Pick up a girl in your school with this math chemistry pick up lines.

A professor tells a math pun to a class.

I would like to do an experiment in which my atoms merge with your atoms.

I do not know the exact sciences like mathematics or chemistry. Still, I know exactly that you plus I have everlasting love.

Hi, I’m a teacher and I would like to give you some math lessons on how to multiply two people.

What is the likelihood of so many people meeting you and being the girl I dreamed of last night?

A  math professor makes a joke:

Children’s put a white paper on your desk and note TEST! 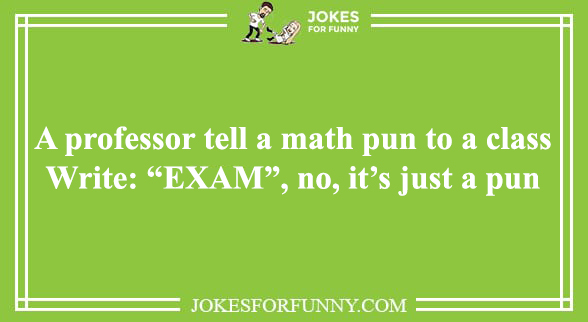 Math jokes to say to your friend

Pitagora with his theory 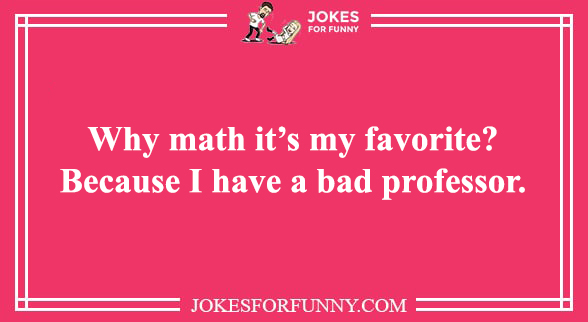